I had laser eye surgery in 2011 and thought you might be interested in hearing about my experience in case you are thinking about it yourself.

I first started wearing glasses aged 16. I was reading teletext (of all things) and closed one eye and realised it was now blurry. My mum brought me for an eye test where I found out I had a light prescription.

At that stage, I didn't really notice if I forgot my glasses and didn't wear them when I wasn't in school. During college I wore them during class but not at any other time.

When I started working, I realised I couldn't see who was coming towards me when I wasn't wearing glasses. My prescription increased. I couldn't recognise my boyfriend from far away. I started driving and freaked out if I didn't have my glasses. I found it hard to shop without wearing them. I had to wear them for concerts, nights out and the like and I felt like my glasses hid my make up. When I went on holiday and was exploring a new city, I missed out on details without wearing them. The problem was, I could get by ok, my prescription wasn't huge. 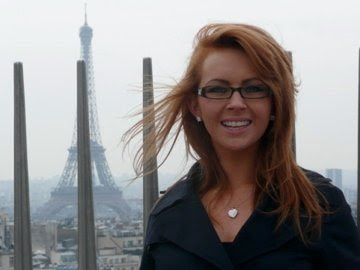 I tried contact lenses. I had huge problems even getting them into my eyes without multiple attempts. I couldn't put them in with eye make up already on. After a few hours my eyes felt gritty and super tired. Pieces of mascara would flake off and get under the contact. Contacts were not for me.

I decided to investigate laser eye surgery. Ultralase immediately stood out to me for a few reasons. They had a good set of reviews online, used the newest technology and were also based 5 mins from my house.

In autumn 2010, I went to have an appointment. They did an up to date eye test to prove my prescription hadn't changed and did a number of cool tests like looking at the topography of my eye to make sure it was the right thickness. They confirmed I had mild astigmatism (eyes shaped like rugby balls). All the tests came back to say I was a good candidate for the surgery.

I found this whole process a little funny as they are clearly eager to sell you the treatment and keen to approve you. It's a medical treatment but in another way, you don't need it and they are there to convince you you do.I did find the people very nice and not pushy, but there is always an element of this.

I went for the most expensive treatment as I felt like my eyes are worth more than cut price procedures. It was called Ultra Elite and had a very high 20:20 success rate. It was LASIK which is the one that creates the flap and heals quickly rather than LASEK which dissolves the skin and takes longer to recover from. I booked in for December as I was starting a new job in early November and didn't want to take time off immediately.

I would recuperate over Xmas and be back to work in January minus the glasses. One of the worst features is you can't wear make up while healing so I thought between December and January would be perfect to hide indoors.

During December of that year, it started snowing like crazy. It never snows here so the airport shut down, the tram stopped and cars were abandoned on the roads. My surgery got cancelled as the doctor couldn't get to the hospital. I was devastated. I had built myself up and now it had been scheduled for about 2-3 weeks later as there was no surgeries over the holidays. I got a salon manicure to make myself feel better - my first Shellac actually! :) Time passed very quickly and soon I was waiting for my surgery in January 2011.

Part 2 will cover the actual surgery experience and the healing process as well as what's it like now, 2.5 years on.
Posted by NailsByNumbers on Sunday, August 18, 2013