Recently I went on a one week trip to Beijing in China. My Dad is a retired professor of maths who got a temporary job in university over there, teaching maths through English to Chinese students. I decided a visit there was a must! I also got to use my new Canon DSLR camera for the first time.

I booked a ticket to Beijing via Amsterdam with KLM (very reasonably priced). As Beijing is 7 hours ahead of GMT, I left Ireland at 1.30pm and got to Beijing at 9am with a total travel time of about 12.5 hours.

I went to my hotel, the Novotel Xin Qiao, who allowed me to check in nice and early so I had about 4 hours sleep and dragged myself back up for a wander around.

I was in the Chongwenmen district which has lots of shops and restaurants nearby. Had a wander around a department store. Wow, European stuff is very expensive in China! I just got myself an ice cream instead.

I met up with my Dad and we ate in the hotel restaurant. Some slightly questionable stuff on the menu here but enough to keep Europeans happy too. Unfortunately I can't use chopsticks so had to eat everything with a spoon! 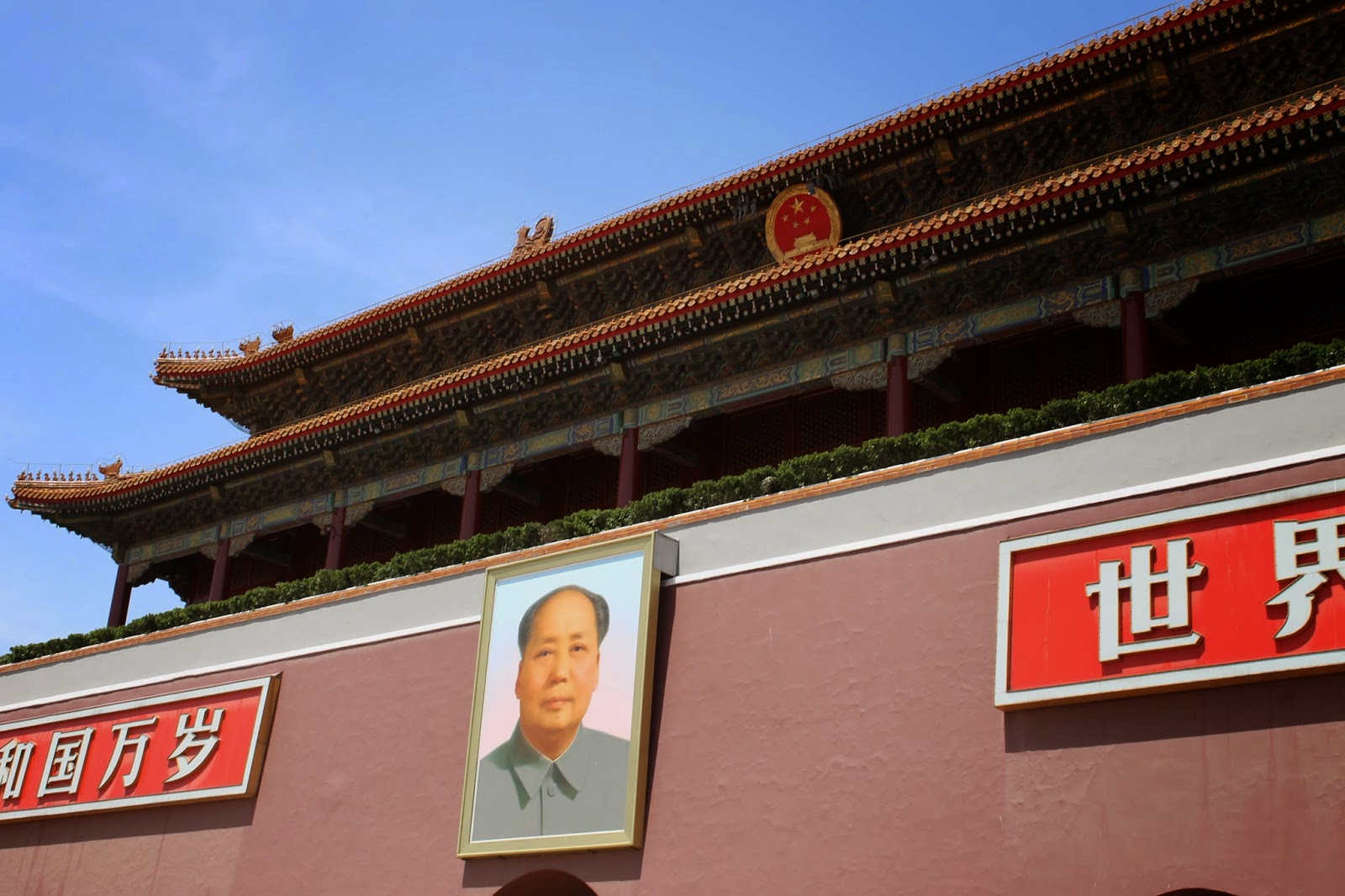 The next day I woke up free of jetlag, thankfully, and I visited Forbidden City and Tiananmen Square. I got to visit the Mausoleum of Mao to see his strangely lit up 'body' and Chinese people leaving flowers for him in a gigantic pile nearby. 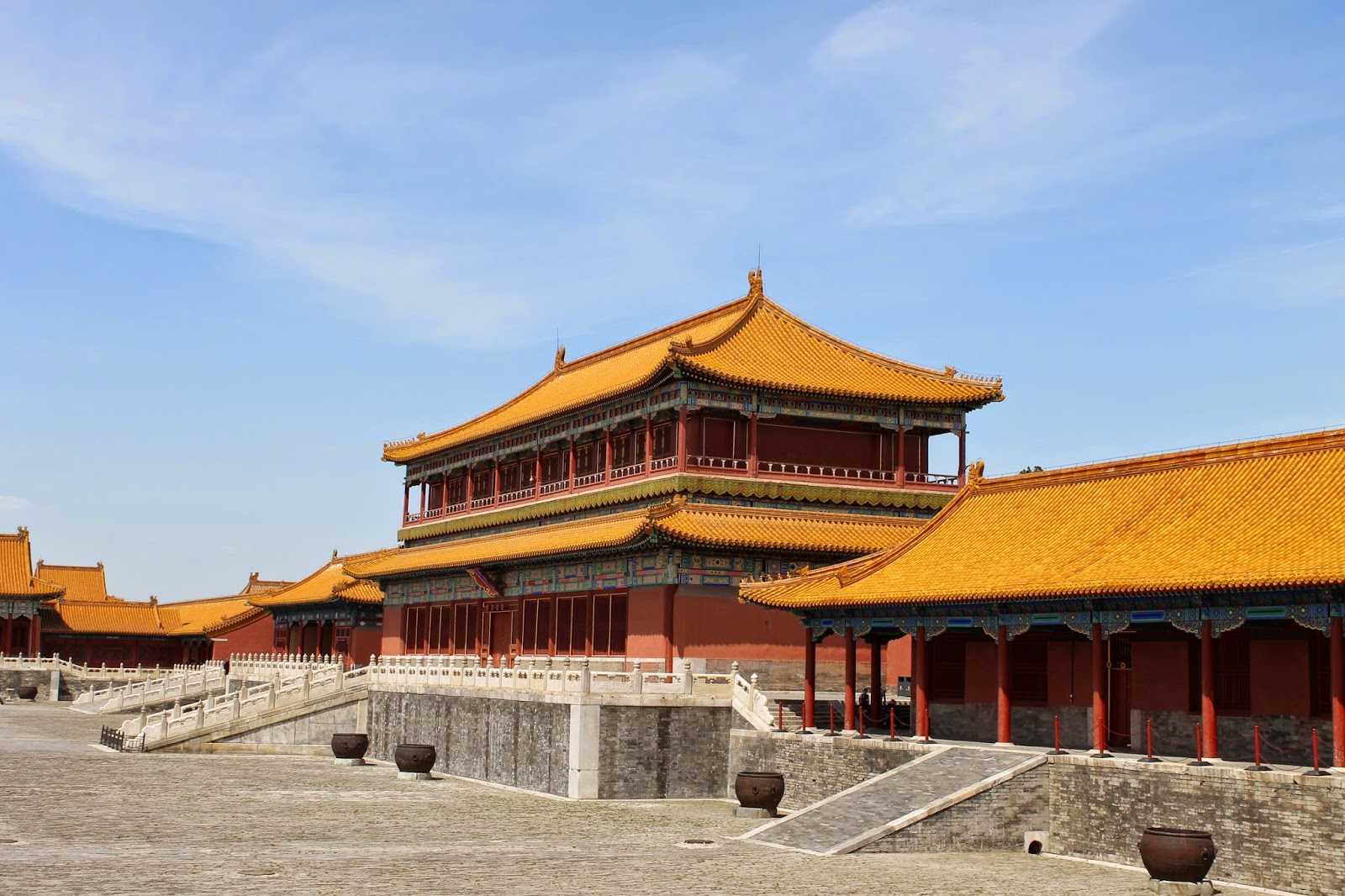 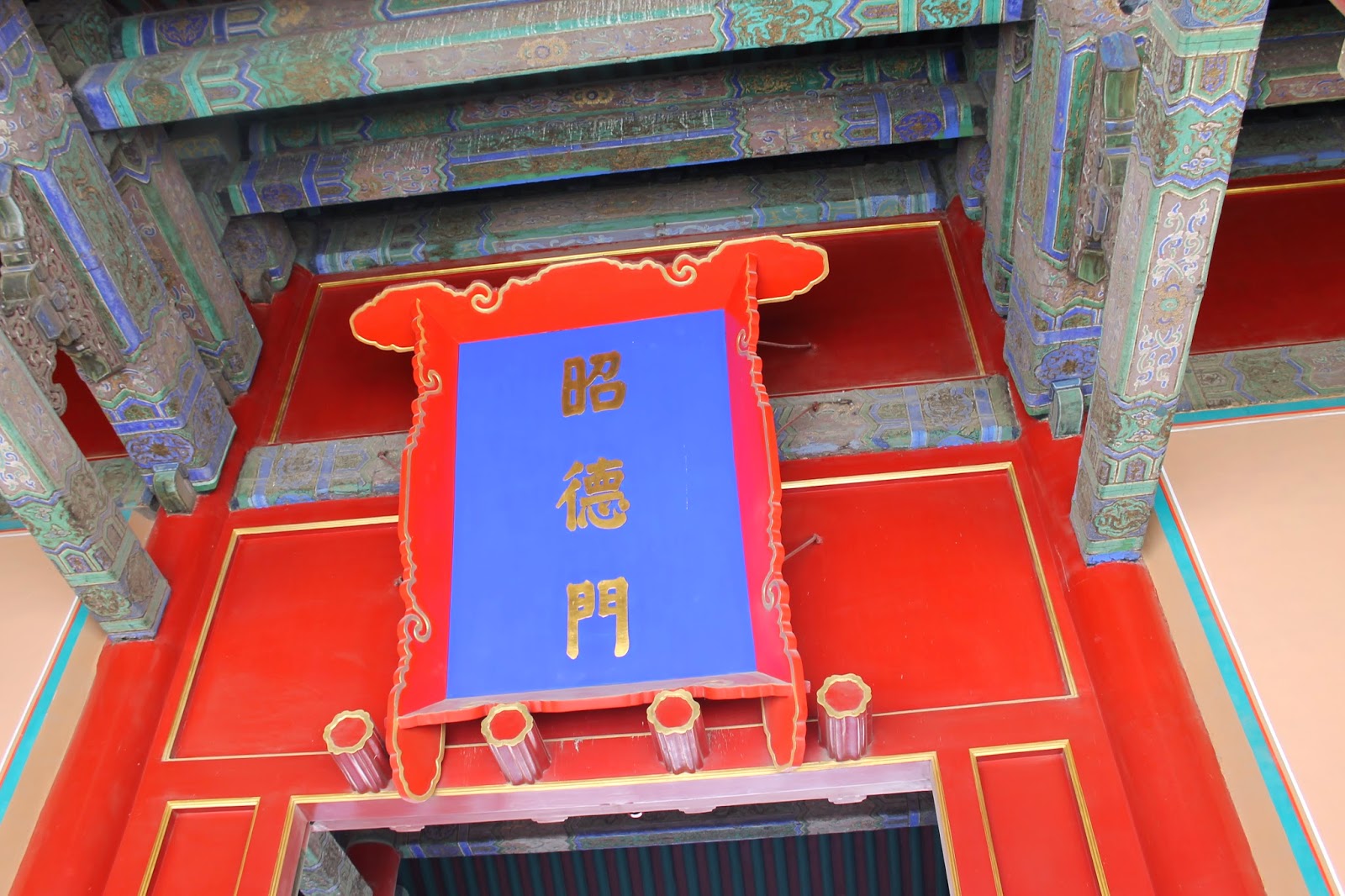 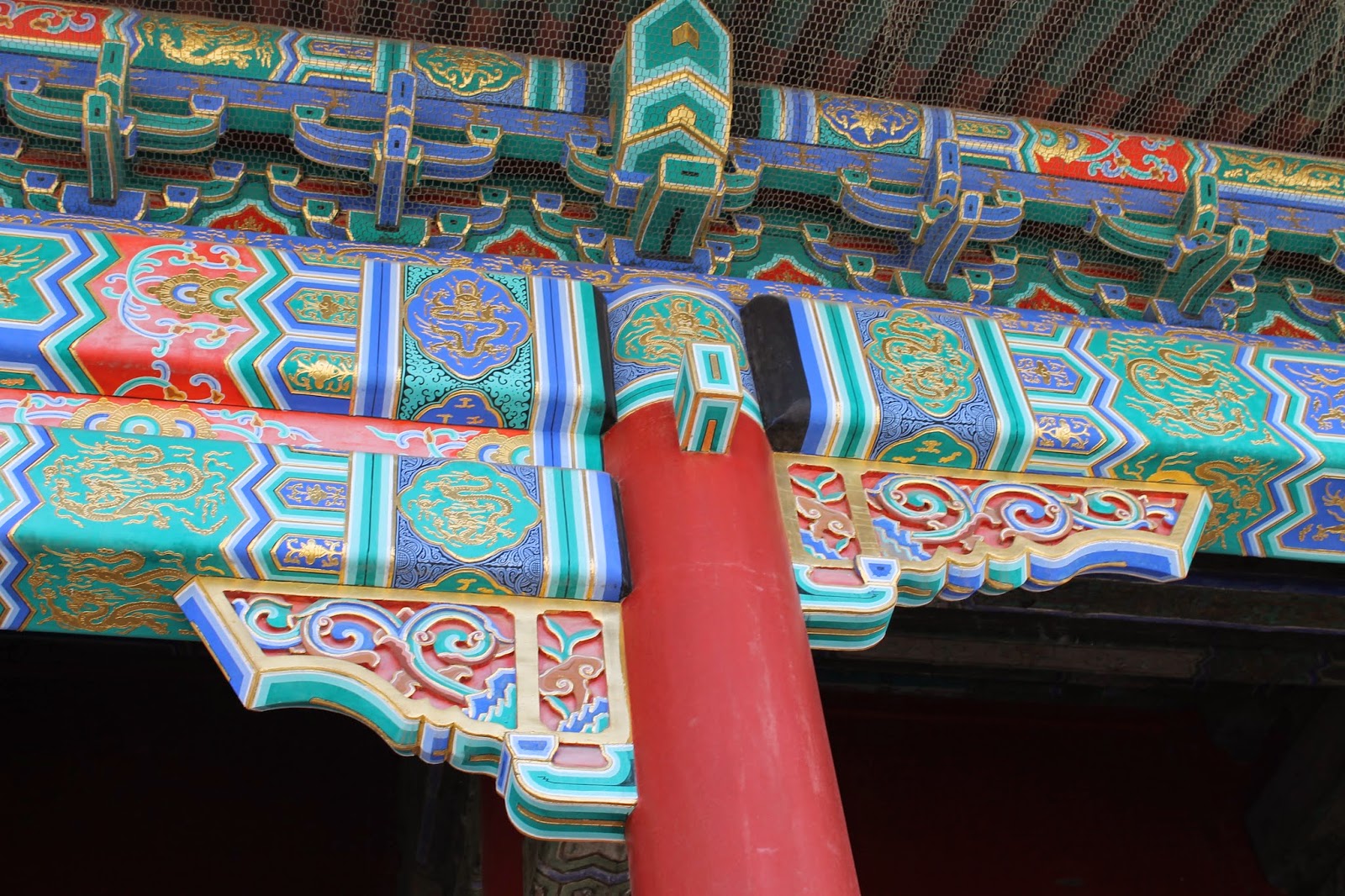 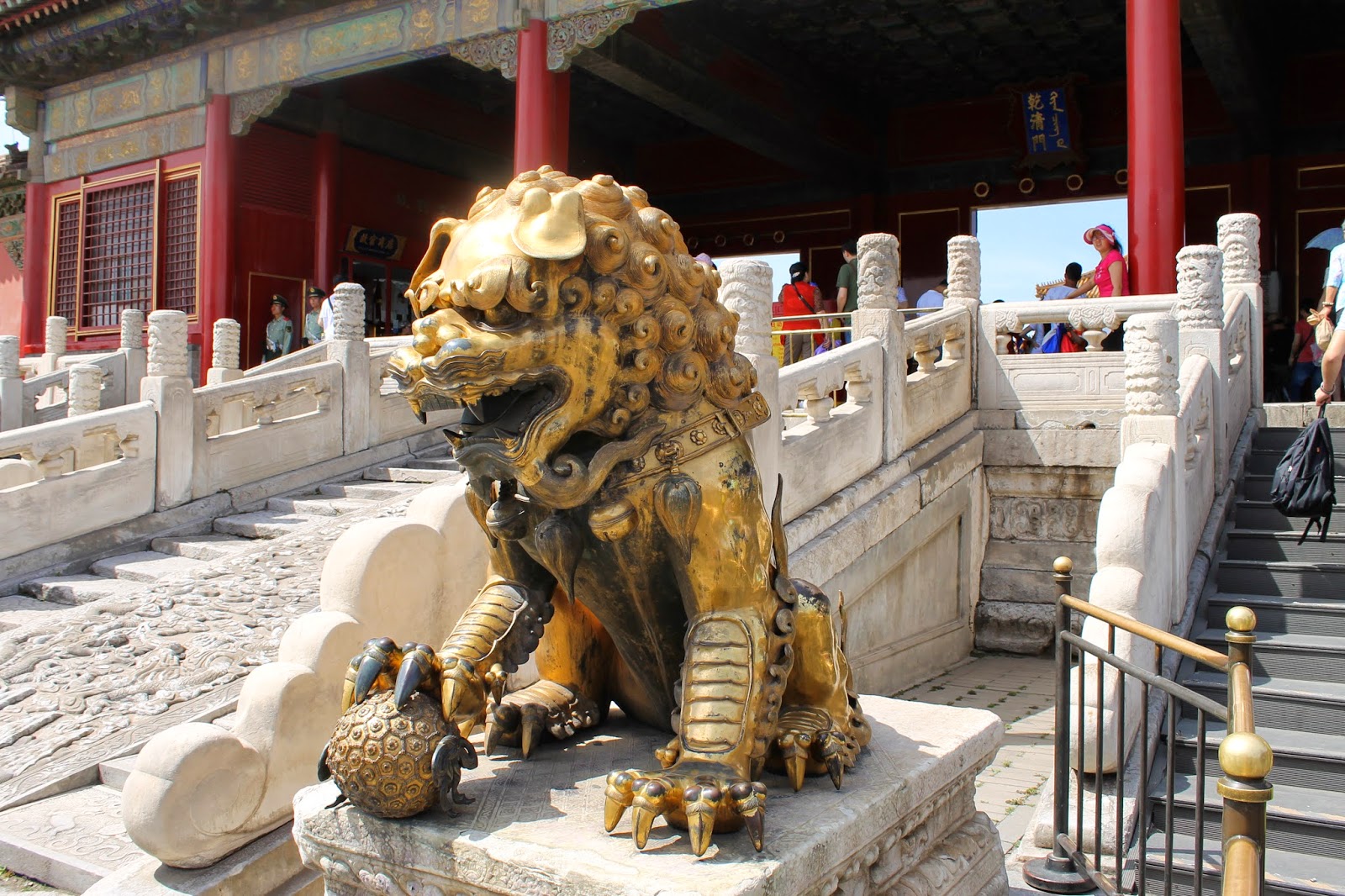 Forbidden City is mobbed with people, mainly Chinese tourists. It's amazingly pretty but it was boiling hot and so large it's hard to appreciate it all. The design is amazing, so different to anything I have seen before.

We also took a tour around the nearby park (Jingshang) and climbed up the hill which had some amazing views over the city. Watch out for the rickshaw scam here. Although I had a feeling it was a scam, my Dad's partner insisted we go for the rickshaws to bring us to the subway. They tell you one price when you board then a price of about 100 times more (300 yuan or about 40ish euro) when you get to the destination.

I threw 30 yuan at them and ran and thankfully that was the end of that but I have read reports online where they get more aggressive.

The next day we went to the Beijing Botanic Gardens. Beijing is so large that even though somewhere is 'in Beijing', it can take quite a long time to get there, particularly with the traffic.

This is where the last emperor of China, Pu-Yi, spent out his final days, working as a gardener.

China is an odd place, on the one hand, it's super modern. The cars are all German - Audi, BMW, Mercedes, and new ones at that. There are designer stores everywhere, super expensive ones that we don't even have here in Dublin. The subway system is brilliant, exceedingly cheap (about 25c a ride) and expanding rapidly.

On the other hand, people spit, snort, burp etc in public. The toilet facilities are mainly disgusting. It certainly doesn't feel like a 'luxurious' place to go on holiday, but I wasn't expecting that and it doesn't have to be that.

I must say that if you are looking for a nice hotel in Beijing, I would definitely recommend the Novotel Xin Qiao. I went for the premier floor room which includes nice extras like free breakfast, free drinks from the bar, dedicated check in desk, two free items of laundry a day and a few other things. The room was really nice and the location couldn't be beaten, with a subway station at the door which was on two lines. The price was reasonable compared to other capital city prices.

In the next post I will talk about my trip to the Buddhist temple and the Great Wall, as well as shopping and nails over there!