So after my earlier post on my trip to Beijing here, here's part 2!

I visited two temples in one day, one was the 'Confucius' Temple and the other was the Yonghegong Lamasery. 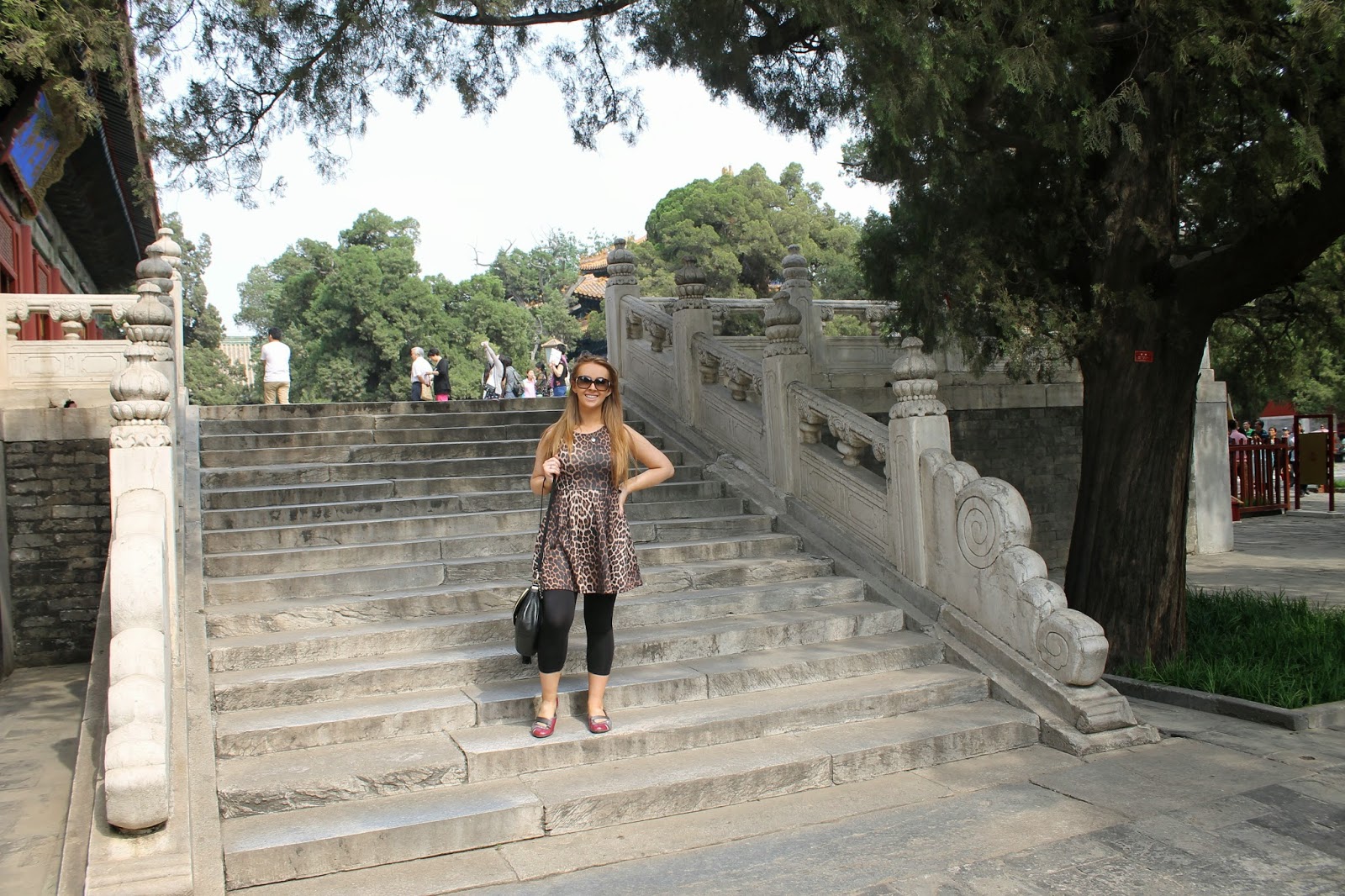 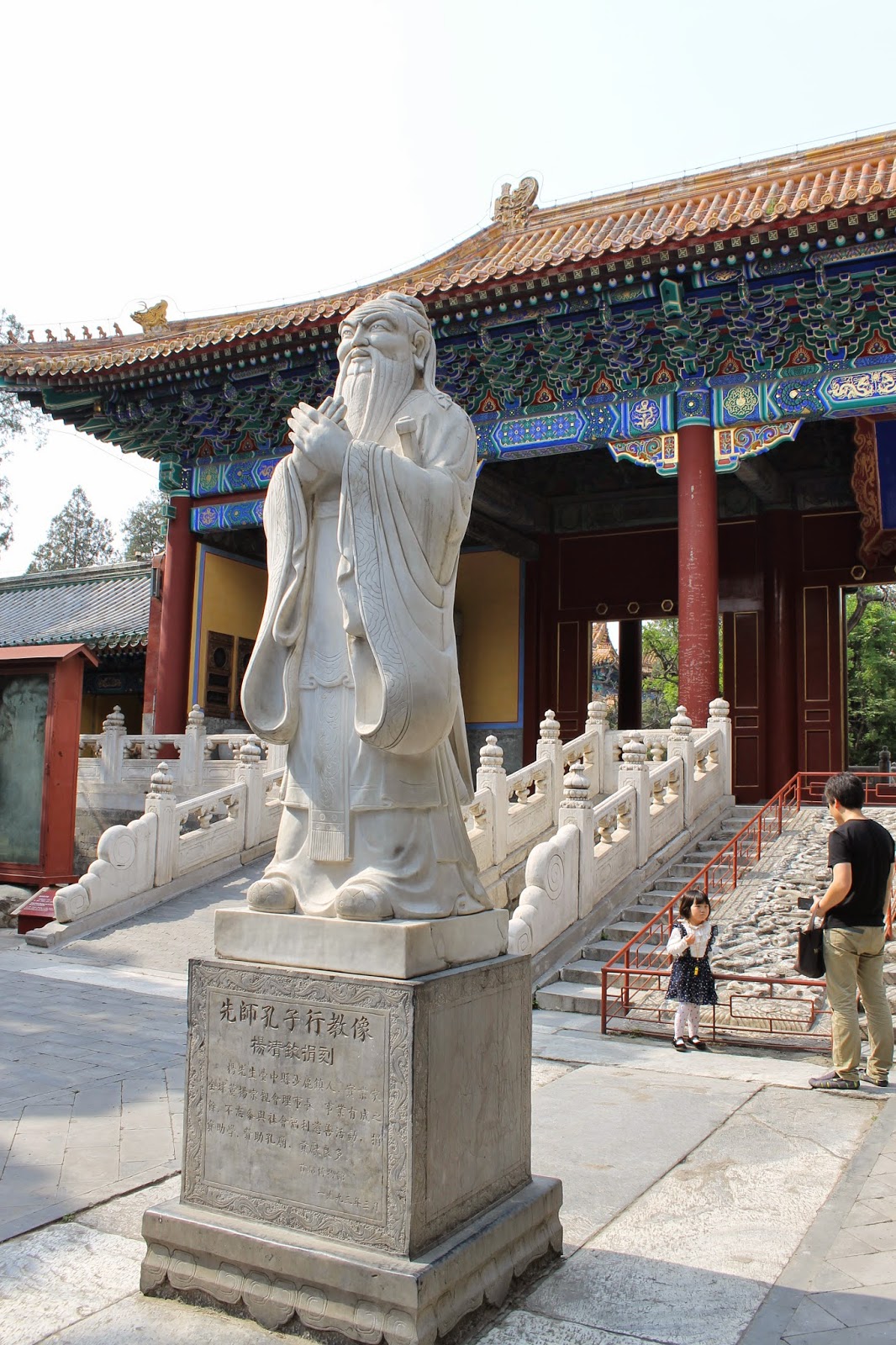 Yonghegong in particular was brilliant, a Buddhist temple with Buddhist monks in purple robes and the smell of incense everywhere. 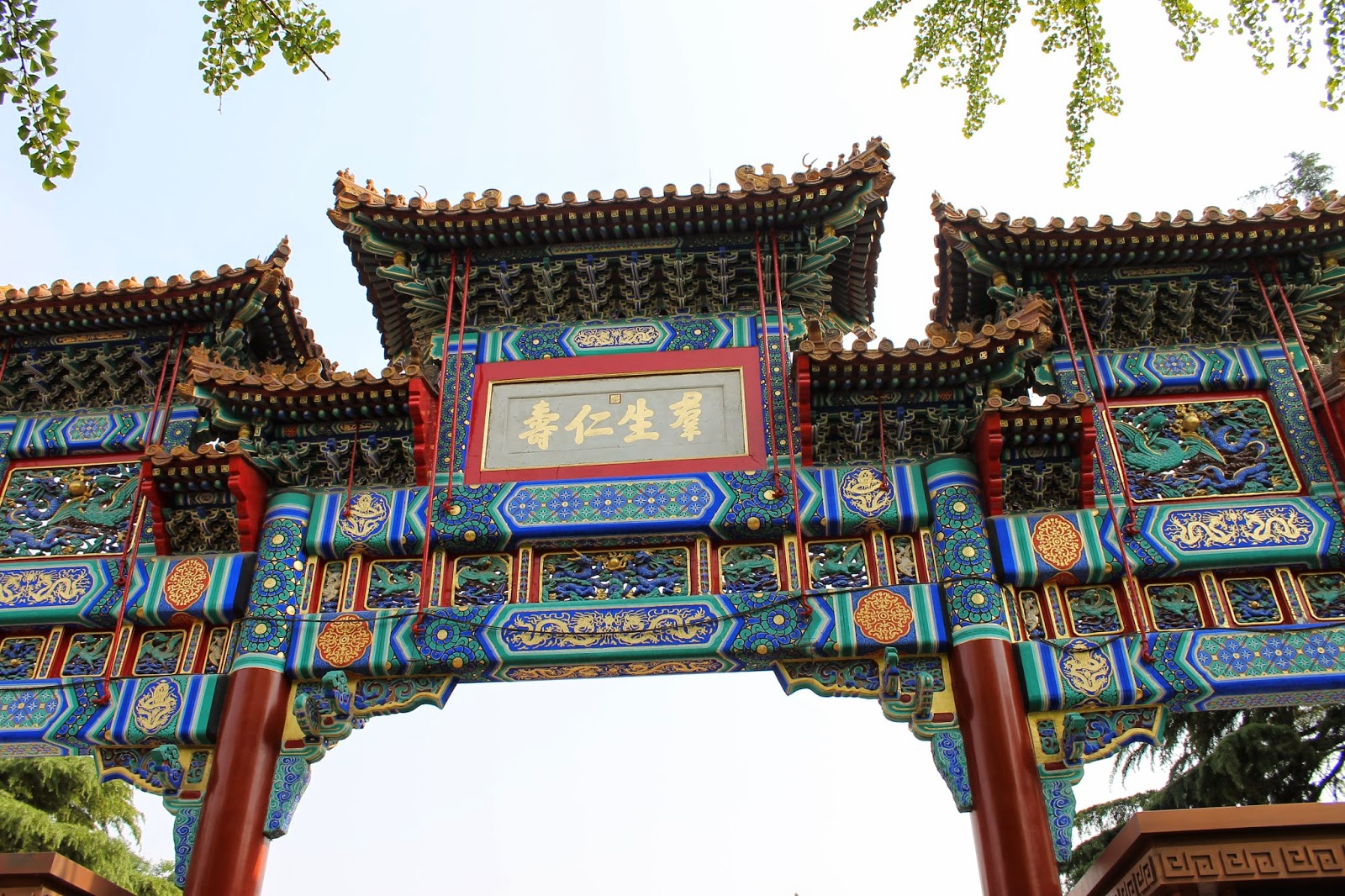 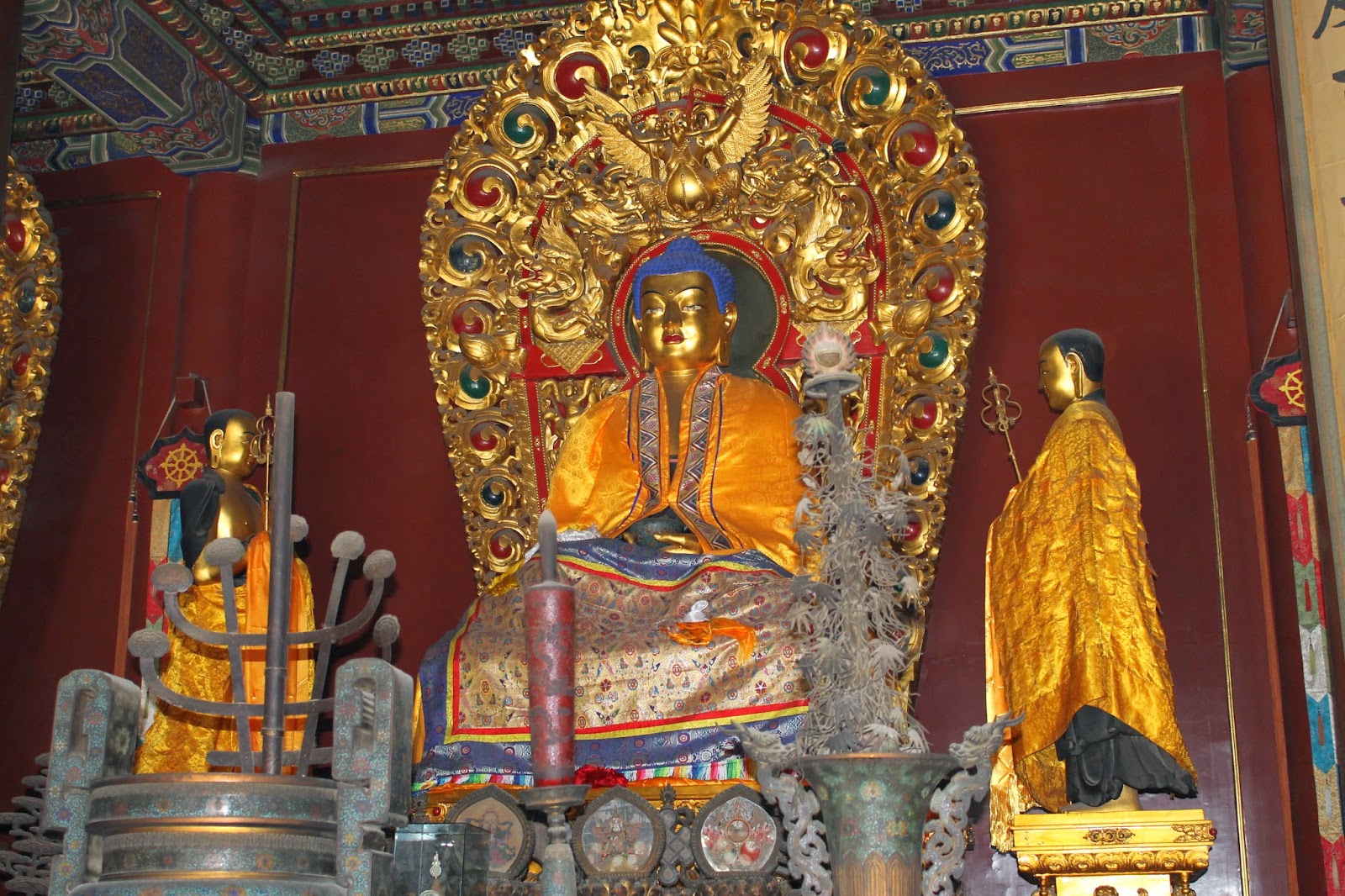 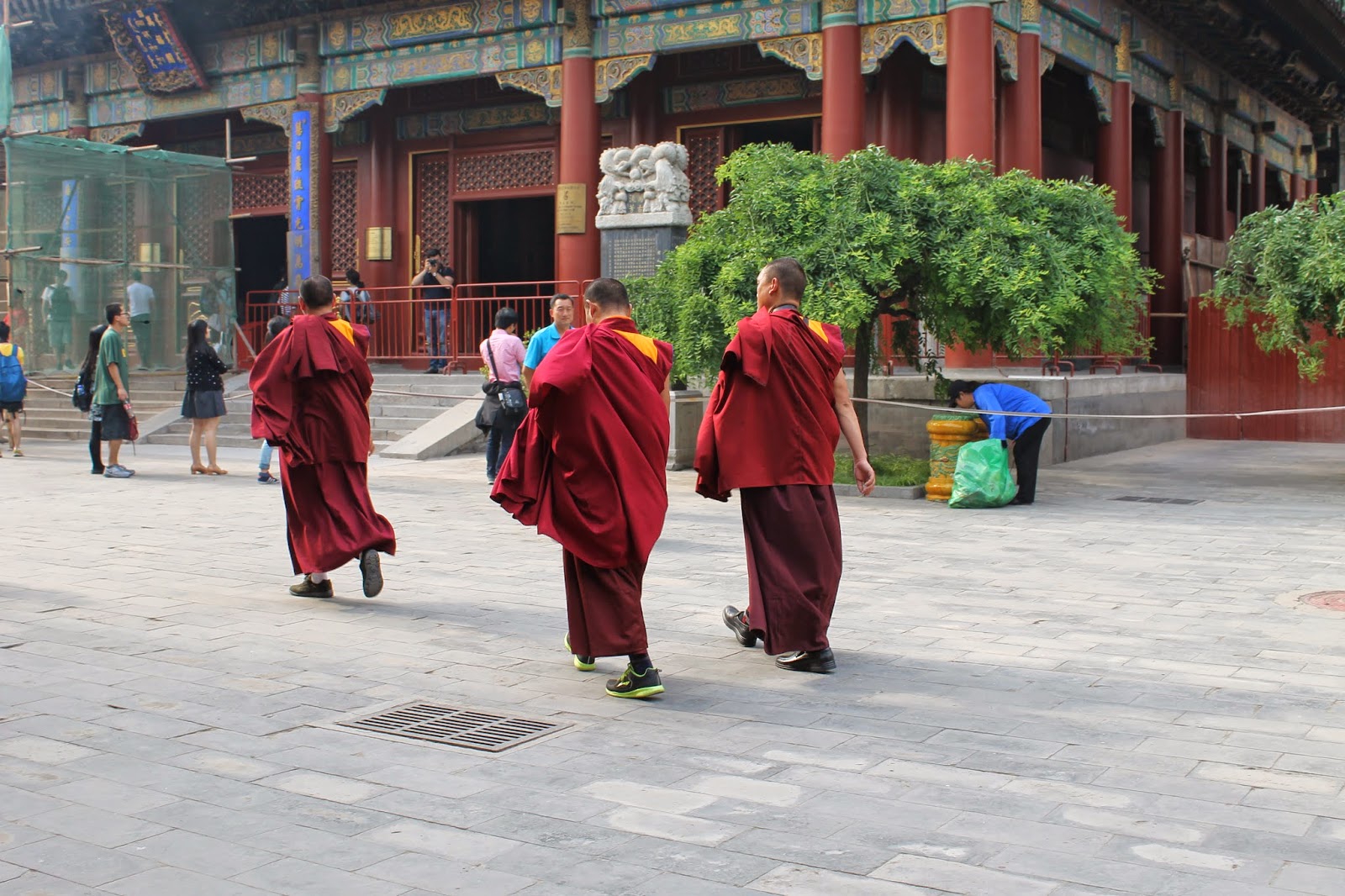 The next day we went to the Great Wall. Clearly the Great Wall is very large so you only get to see a bit at a time. We went to Juyongguan which is fairly near Beijing. On the way we visited the Ming Tombs too. 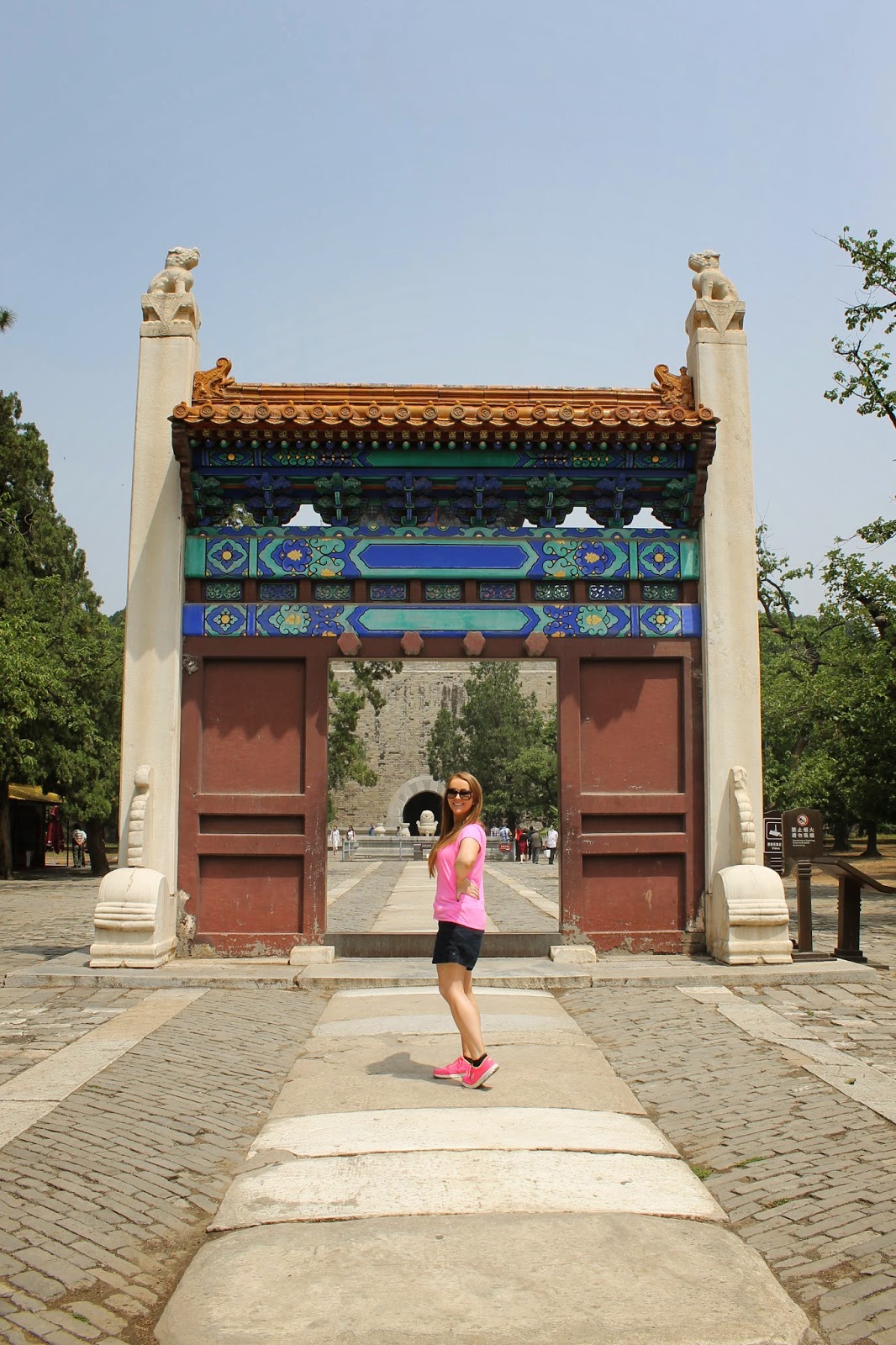 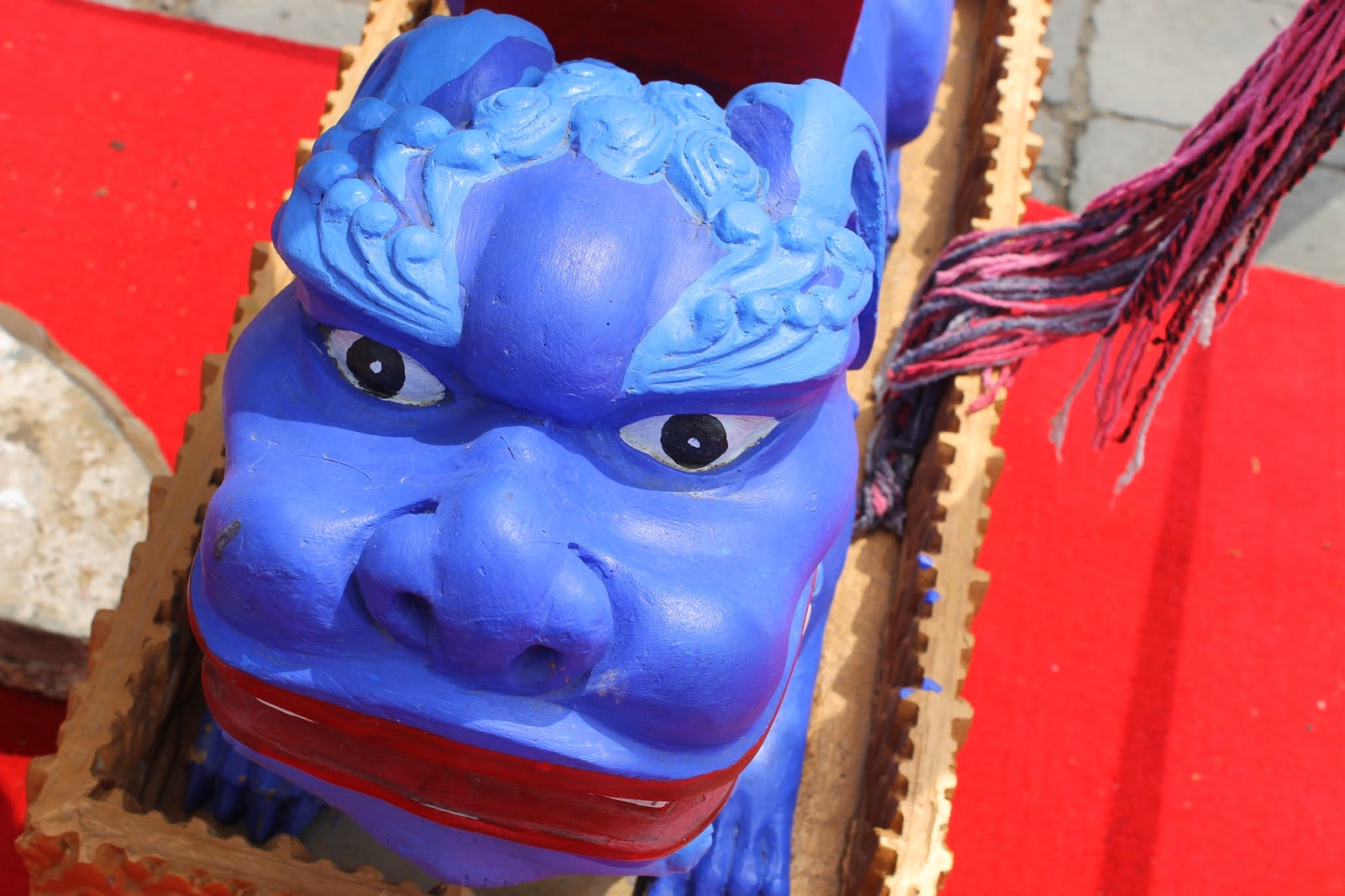 The Great Wall was super busy with bus loads of tourists arriving there. We went on a private tour with our own guide so we could be more in charge of our own schedule and also so as not to be forced to go on shopping stops etc.

The part of the wall we went to was very steep and it was very hot (maybe 32C which is boiling for me!). Although the wall is restored, a lot of it is not in great condition. That combination made it difficult to climb up the steps. 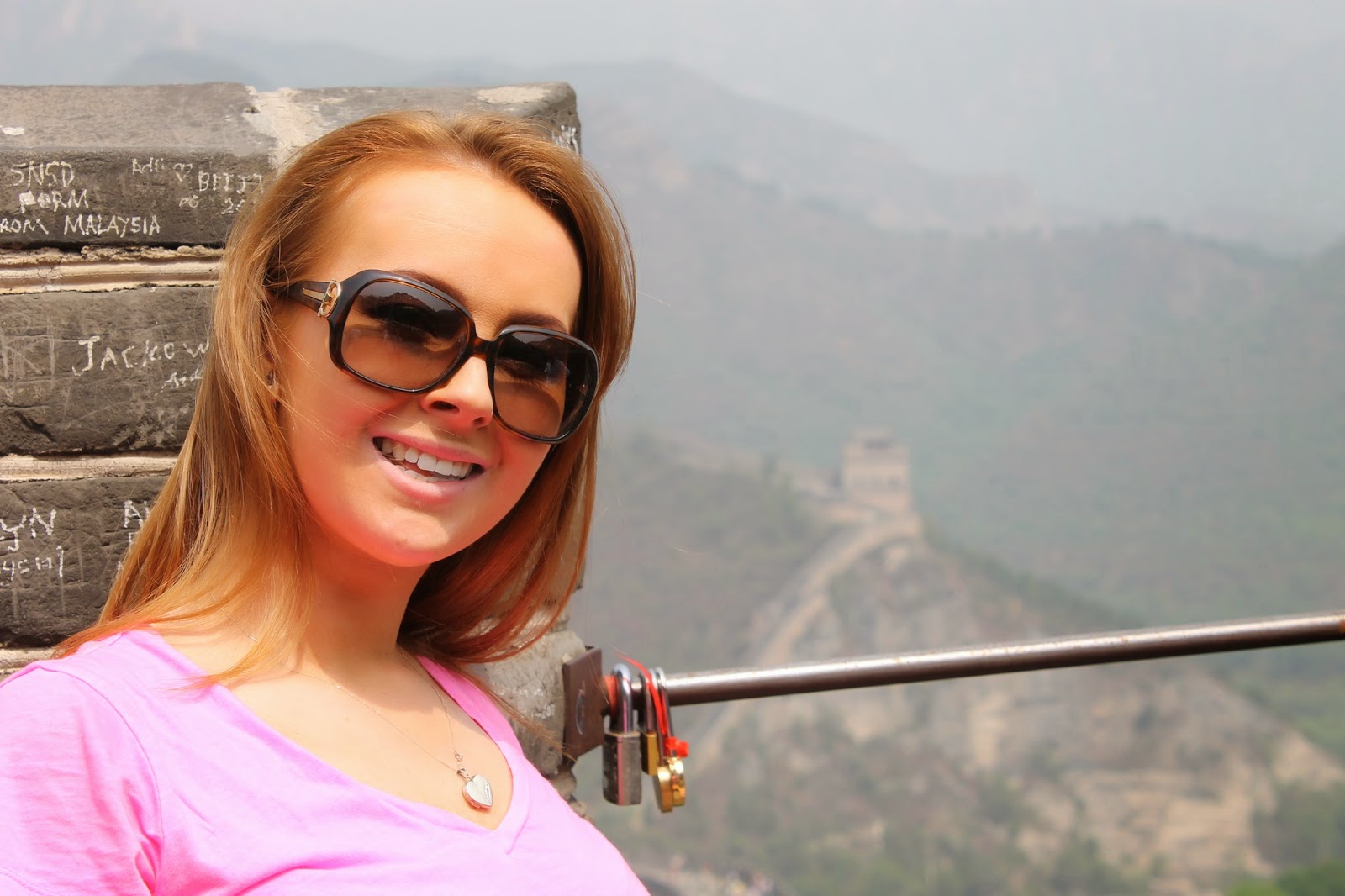 Our guide suggested we walk for a few minutes and go to another part of the wall. Once we arrived, I couldn't believe how deserted it was! I can't believe people wouldn't make the effort to do a few minutes walk but clearly I was delighted at how empty it was, made it so much easier to appreciate! 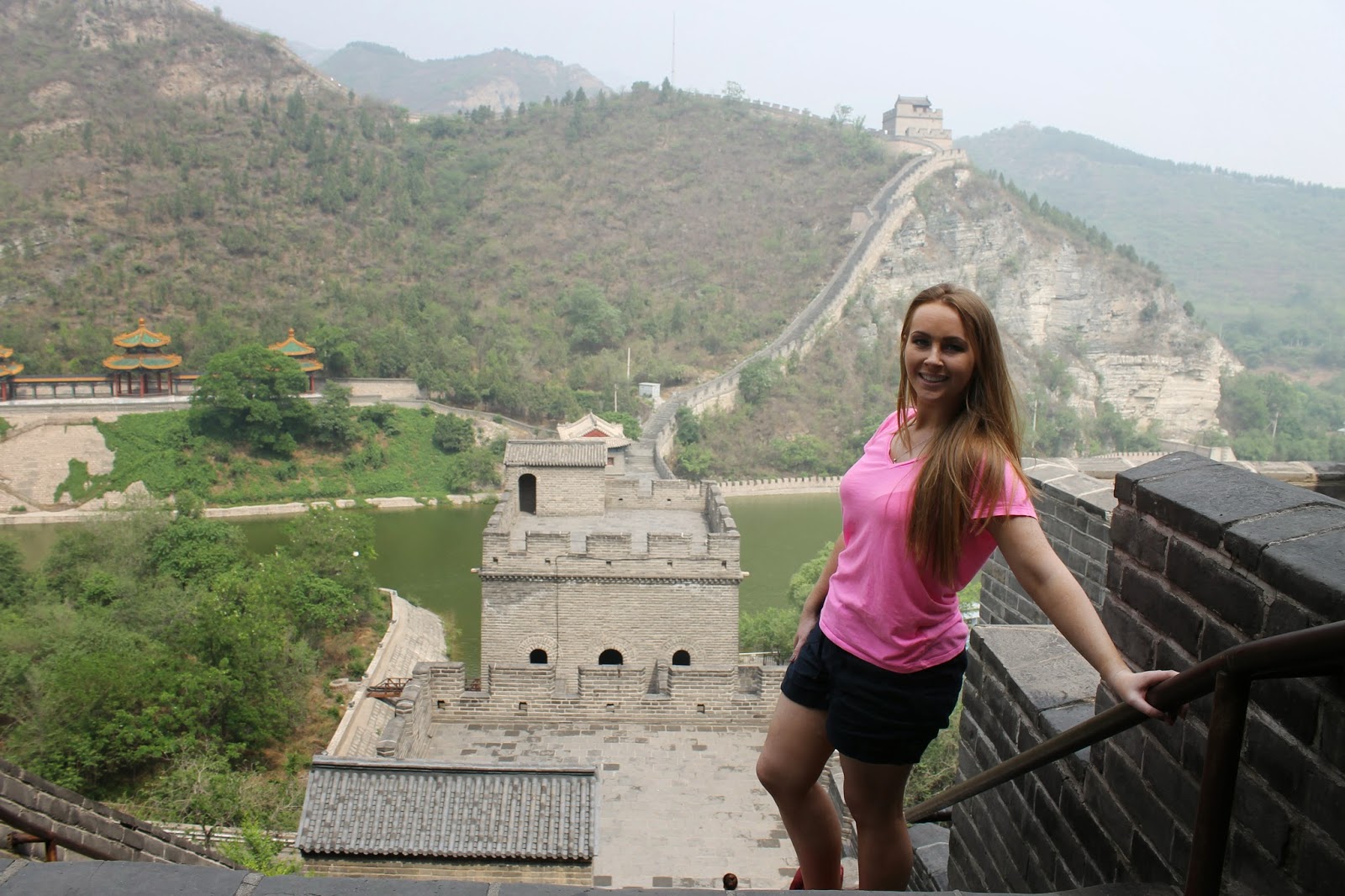 The next day my Dad had to work so I had the day to myself. I was really excited as this was my shopping day! I was in a fairly central part of town so I decided to visit the Malls at Oriental Plaza which was very near to my hotel. Wow, this place is amazing. The majority of shops are super designer, like nothing we have in Ireland. There is some amazingly wealthy people in China and this is just one of the places to cater for them.

Luckily there were a few cheaper shops, in particular a Watsons which is kind of like a Boots/drugstore. Unfortunately the vast majority of products had Chinese names or just a tiny bit of English so I didn't know what I was really buying.

I tried one of the Green Tea masks. They are like covering your face in glue and then pulling it off. They take off everything, including the tiny hairs on your face. Do not put them on your eyebrows as they will pull them off too (yes, I stupidly did this). It hurts to pull them off too!

I visited the Silk Market too which is basically a giant market of fake stuff. They had a lot of fake handbags, clothes, electronics etc. The cosmetics were generally pretty terrible quality. Obviously fake and who knows what they are really made of. The handbags were better but they still looked fake if you know your brands so I was a bit disappointed as I know some brilliant quality stuff can be got if you look in the right place.

Finally, I just want to show you my manicure I got over there. I had shellac done before I went but I needed to kill some time between an activity and dinner and saw a salon near my Dad's apartment. Its name was in English however that is where the English stopped. The girls had 0 English (and why should they). I indicated I wanted a gel manicure by pointing. They brought nail art designs over and I pointed some more. Then they kindly brought me an ipad with some English films with Chinese subtitles so I could busy myself while they got to work. 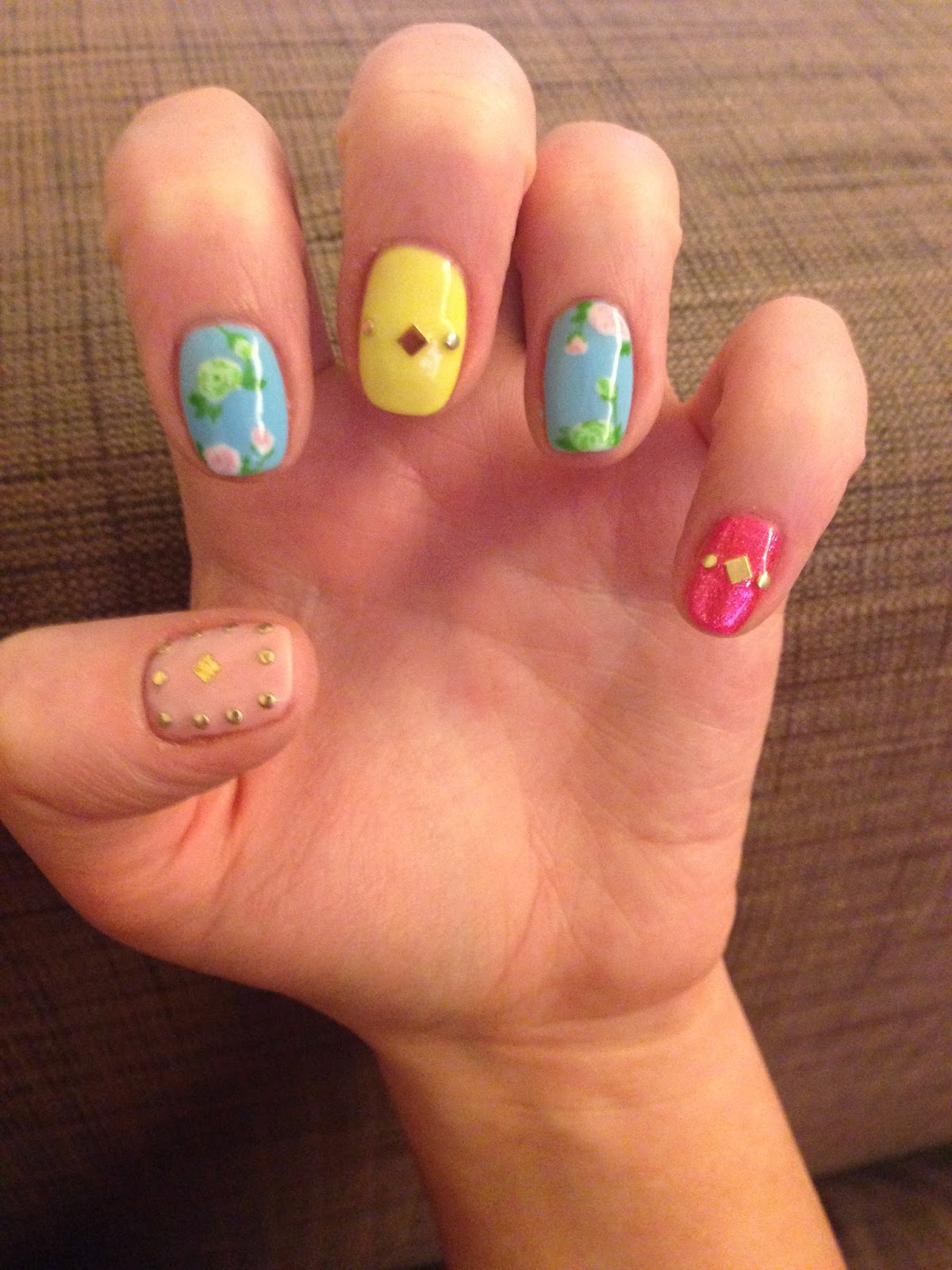 The picture is a little washed out as it's pretty bad light but I was delighted with it. The colours were so vibrant and I loved having nail art done with gel. It was a bit of a nightmare to remove however, whatever gel they used did not soak off easily. If you are interested, the salon was called Young Style in the Ocean International Centre.

So that's all from Beijing. It was my first Asian experience and I would really love to visit more of Asia to experience all the differences in culture as I know Beijing is not representative of everywhere.