Before my holiday I decided to try out an OPI I had had for a while - it's a metallic blue called Teal the Cows Come Home. 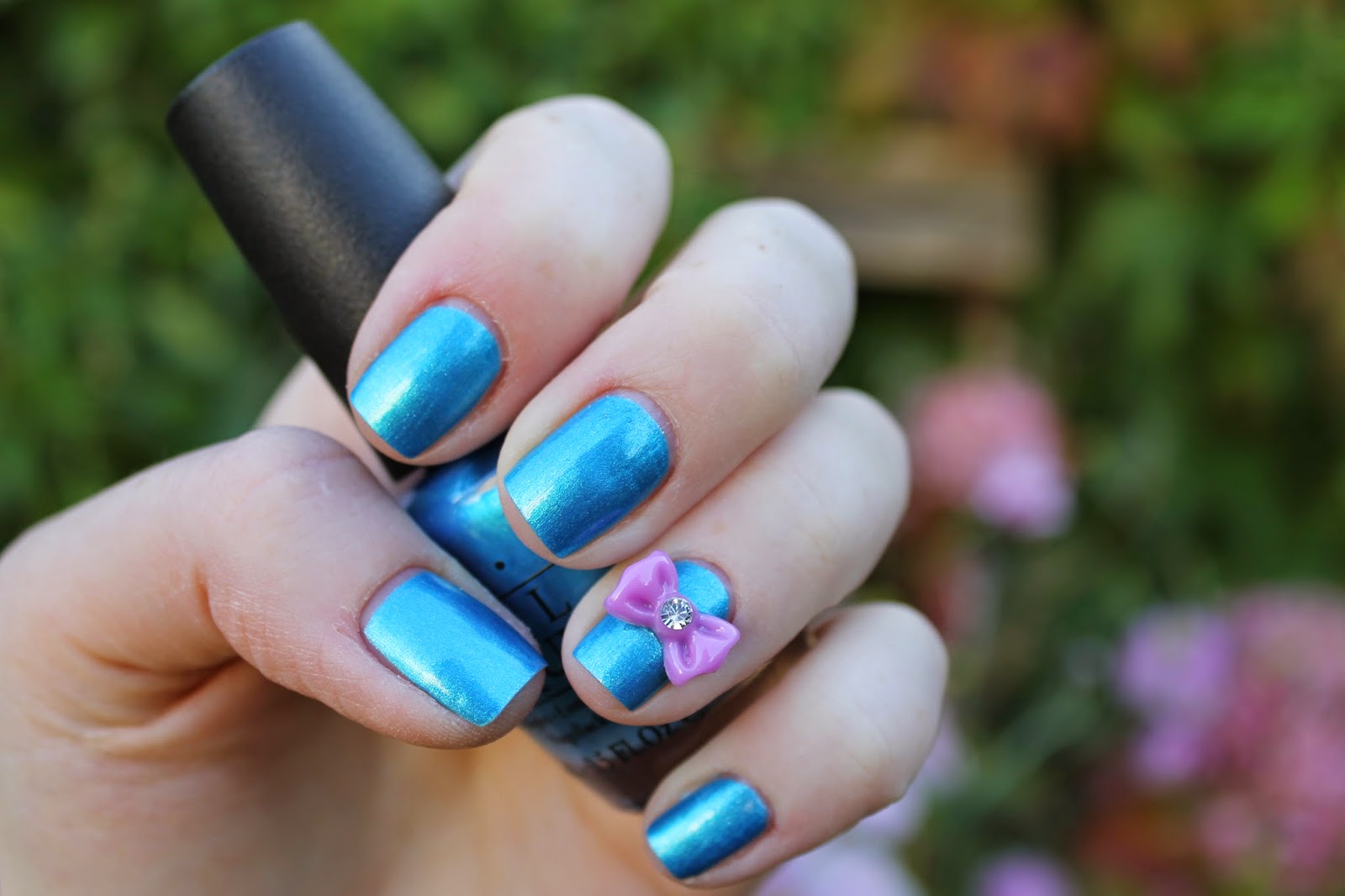 I also had a pack of nail bows I hadn't tried out so I added one to complete the look.

As I mentioned, this is a metallic. They can be streaky but I think this one doesn't suffer from that too much. I used two coats, plus top and base coat. 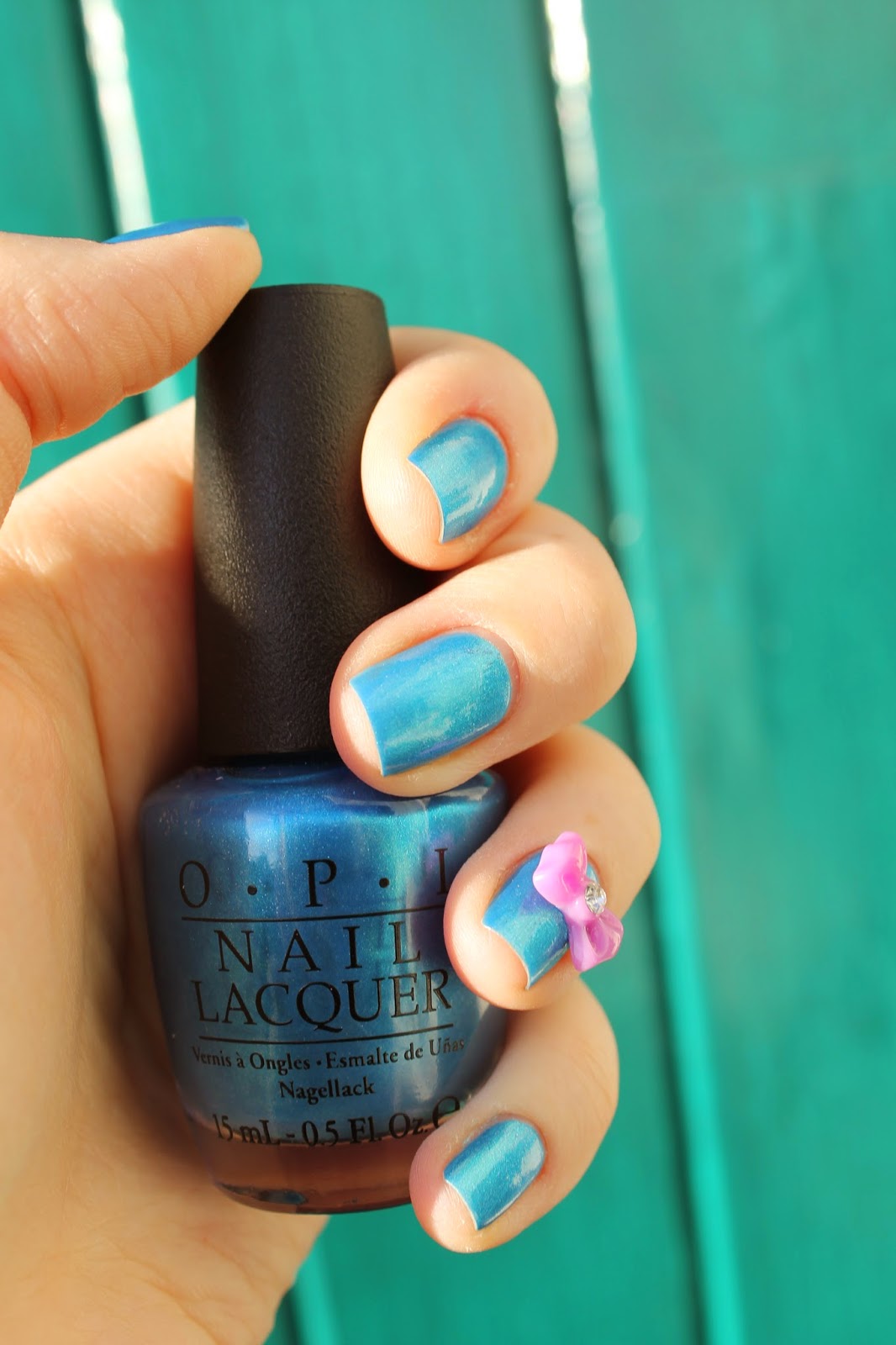 I did all the normal steps with the polish and then at the end, once the polish had dried a bit, I added the bow. I used a glue I bought on the Born Pretty Store, which smelled like it was basically just Superglue. I coated the underside of the bow and pressed it on. It took a while to harden but once it did, it was surprisingly resilient. I thought it would fall off straight away but both lasted 2 -3 days. It did keep getting caught in my hair though! 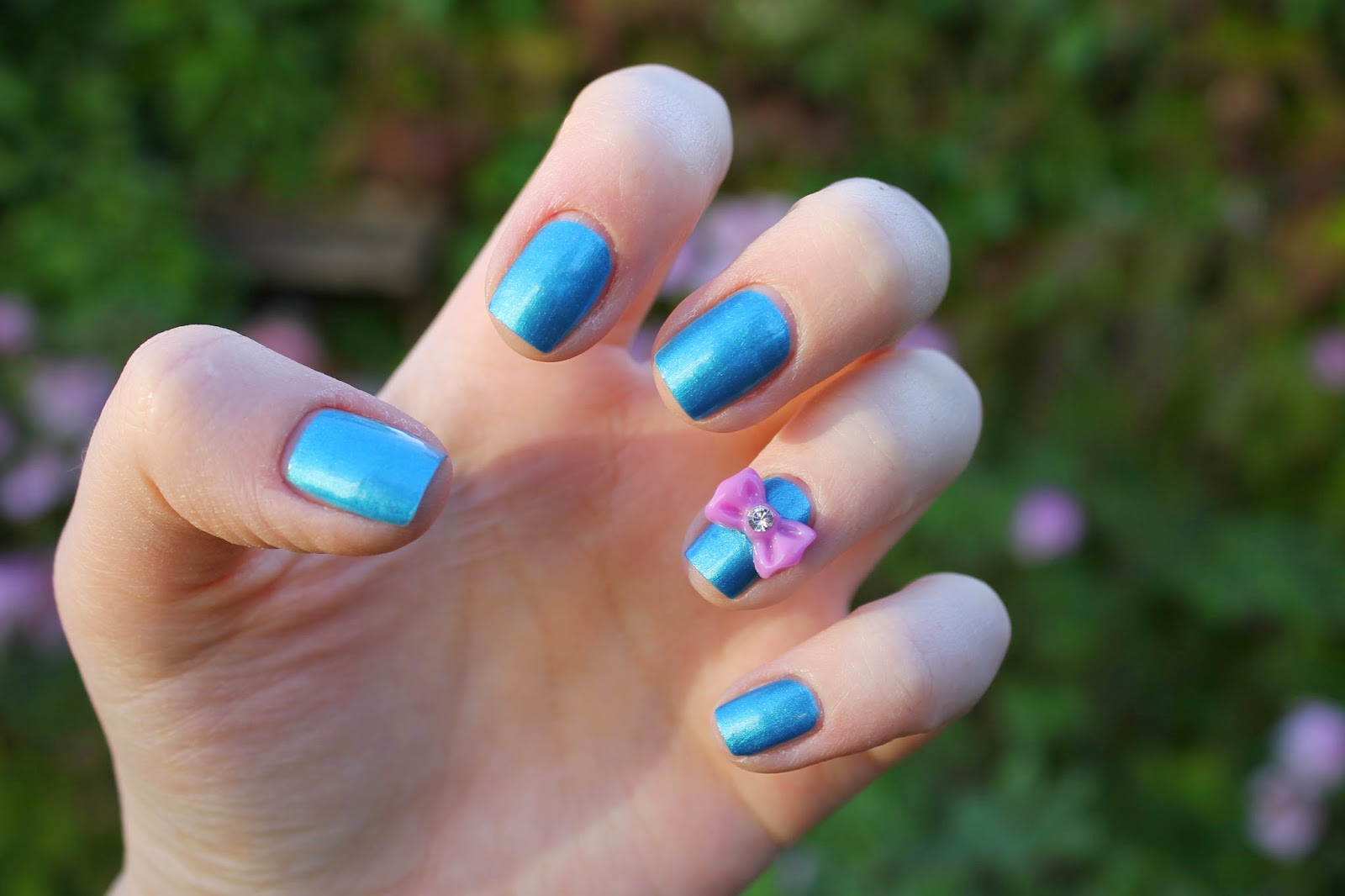 Overall this was a really pretty polish that lasted really well and was a lovely bright colour!