I haven't been great at updating my blog recently, but I did try out a lot of fun nail colours over the Xmas period which I never posted up. Here is a quick rundown of some of the looks I had on my nails recently. 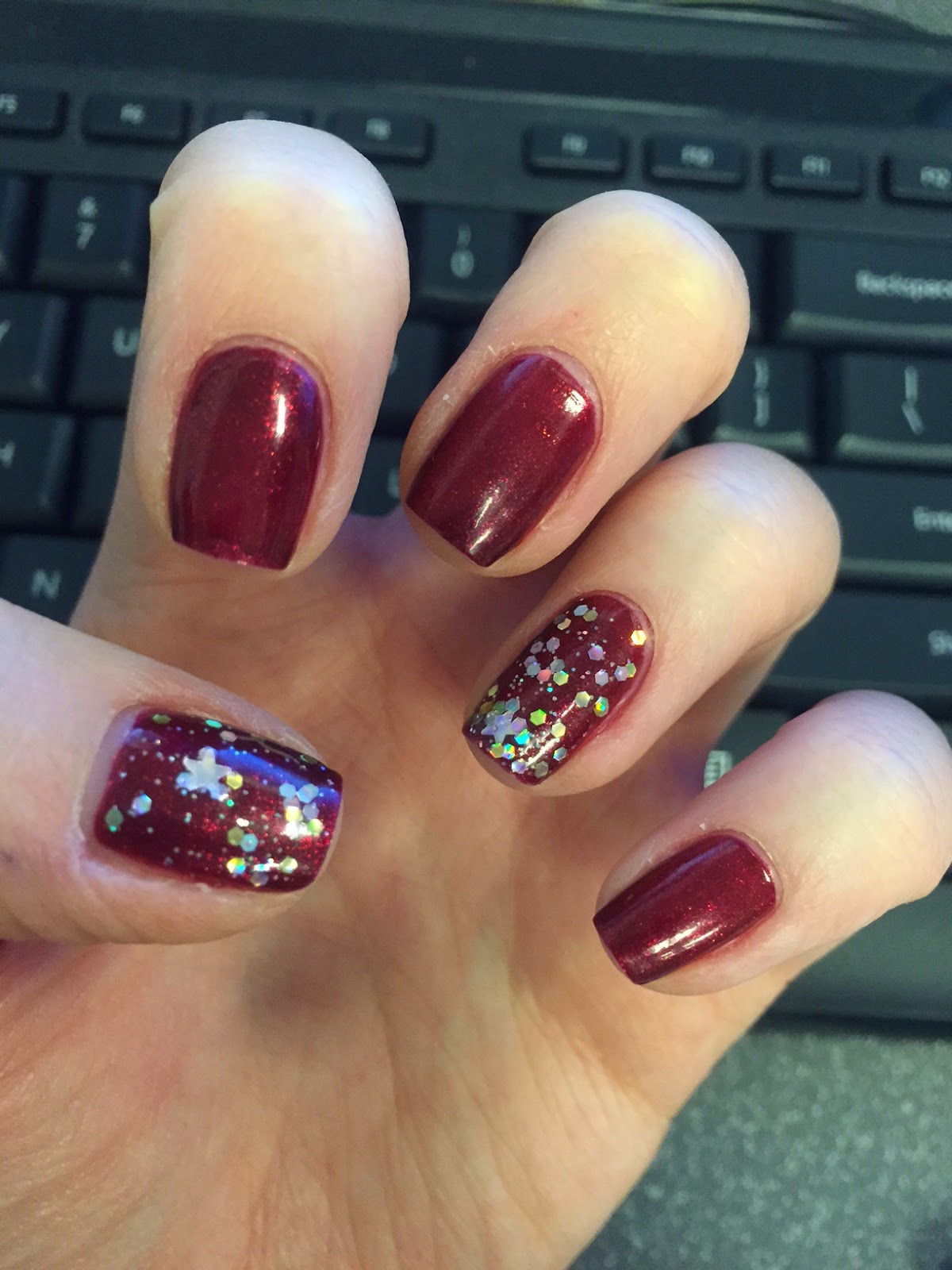 This was OPI's Red Fingers and Mistletoes from the Xmas 2014 collection with a fun glitter topper of Barry M's Starlight. This was very Christmassy! 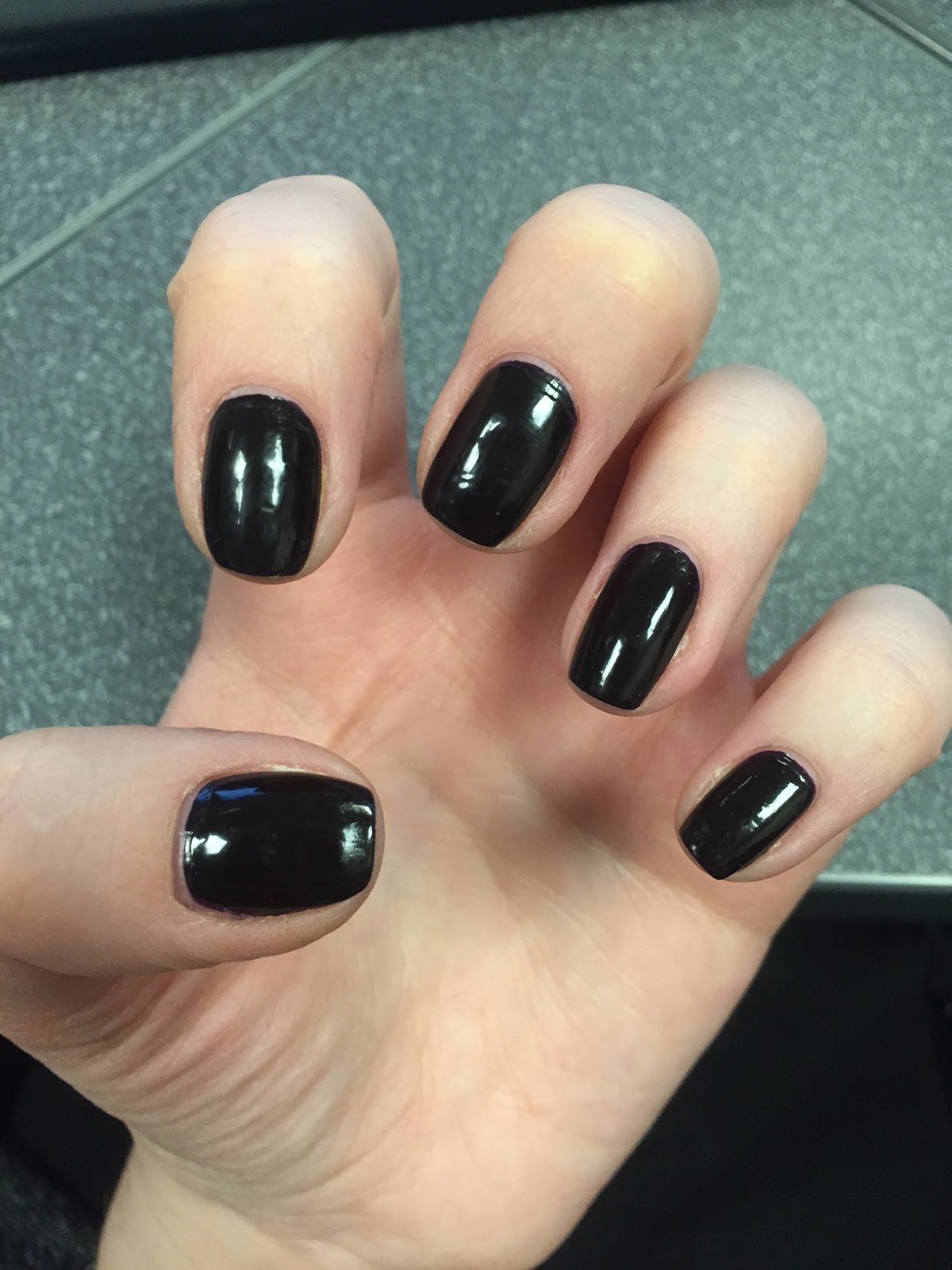 I got Vinylux done recently in Sparks Salon in Liberty Village. This looks black but was actually a very deep purple. I was super impressed with Vinylux. It did last a week (would have lasted longer if I didn't remove it) and it was nice and glossy. I might buy some for myself. 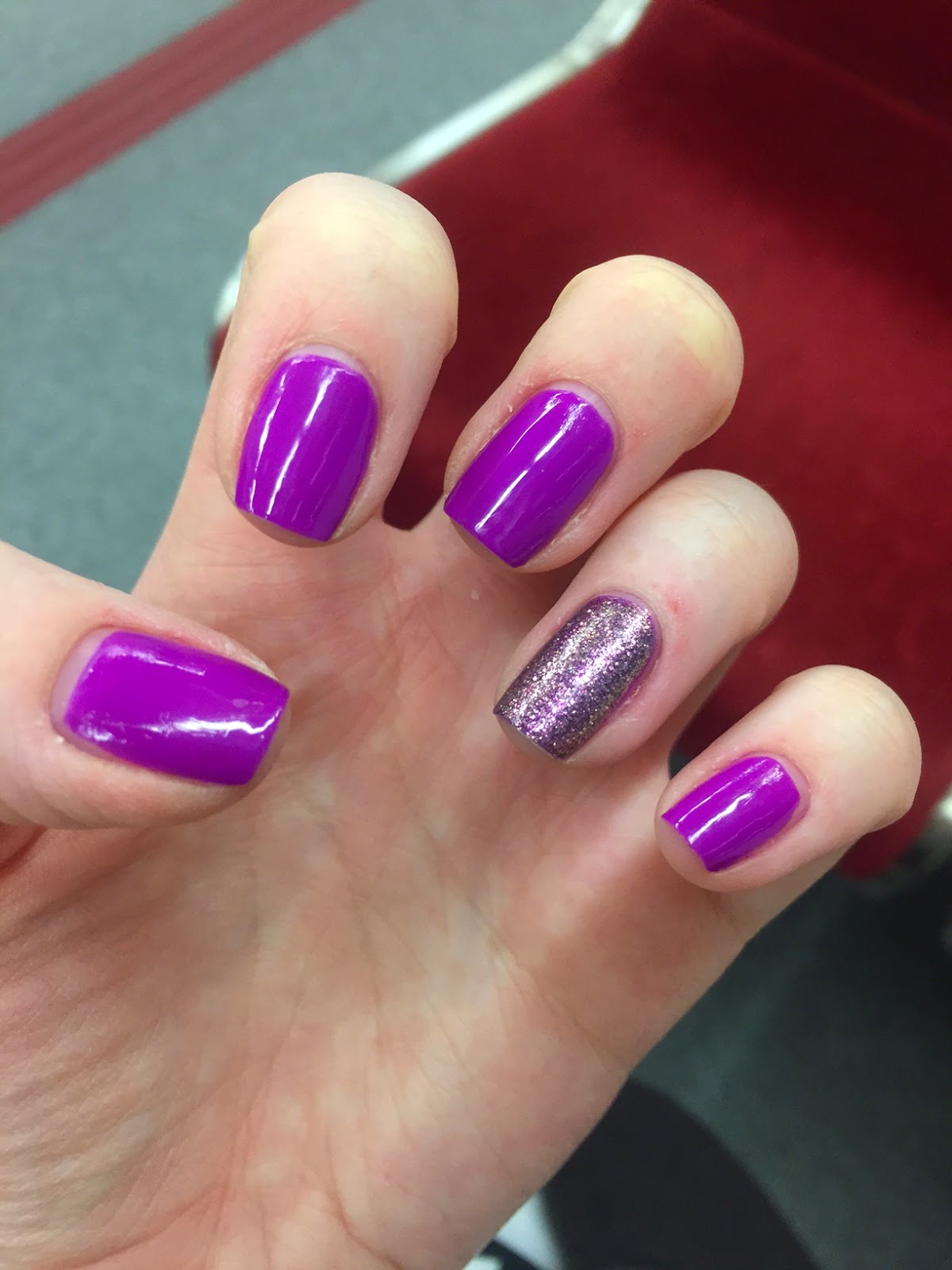 This was Morgan Taylor's Shock Therapy with an accent nail of Who's That Girl. I love the almost neon-ness of the purple. 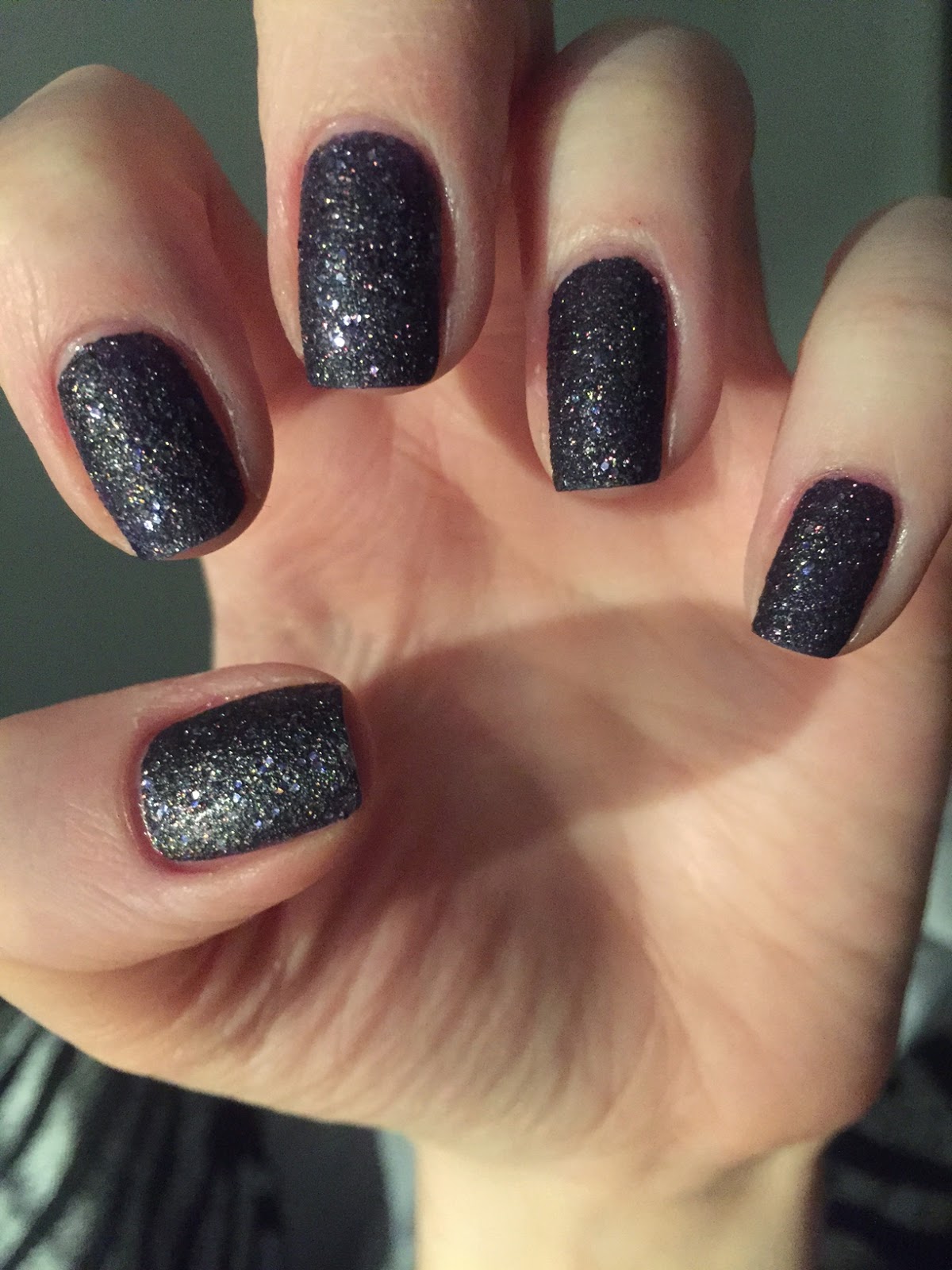 I'm not generally a big fan of textured polishes but I bought L'oreal's Sexy in Sequins by accident. I actually really liked the effect here though. 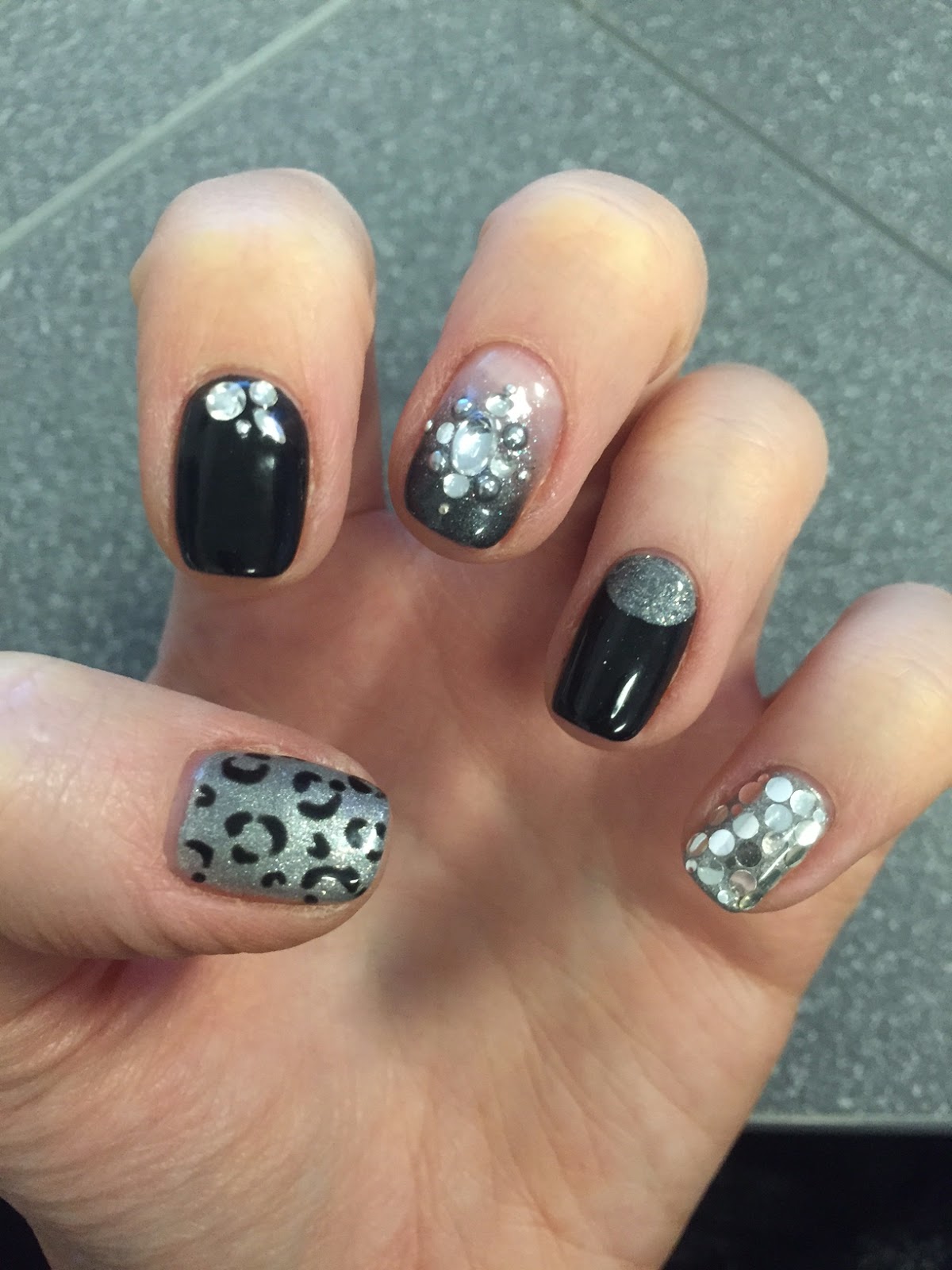 This was done at Get Gelled in Toronto. It's Japanese style. It's gel and it lasted over 2 weeks. I had it done over Xmas. I would have my nails in this style all the time if I could, but alas this is very expensive and just something that can be done every 2 weeks... 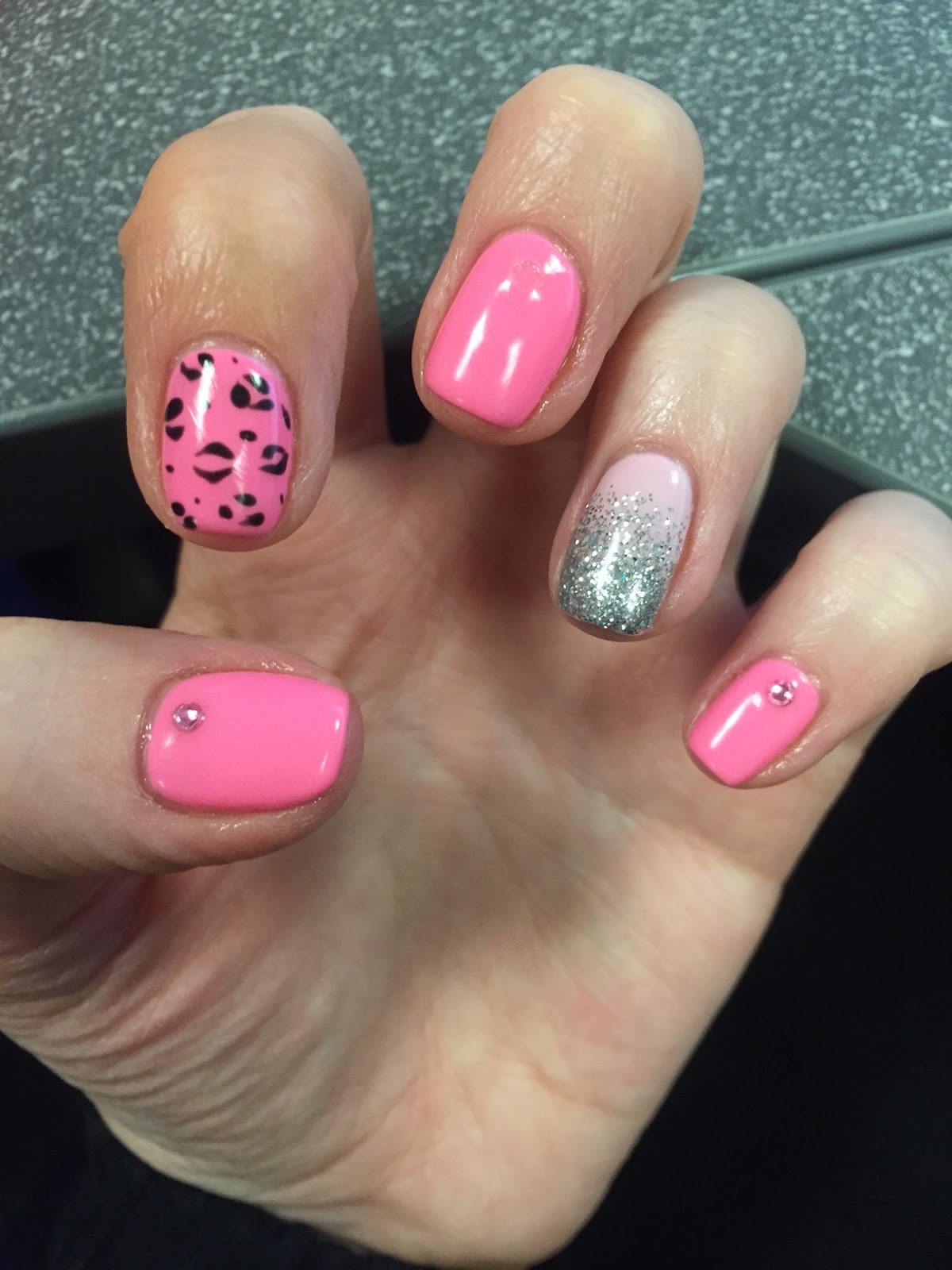 I moved house recently and there is a salon nearby called Sparks. They actually have two locations, one right by me in Liberty Village Toronto and another on King West. I got this done in King West. It's Gelish. There was a jewel on the middle finger too but it fell off :( This lasted over 2 weeks until I had it removed. I love bright neon pinks! What's exciting about this salon is they can do Japanese nail art too so I plan to get something more detailed in the future.

I hope you enjoyed this briefer run through of my recent manis!